The annual Angora show was held at the Deloraine Showgrounds, in conjunction with the All Breeds Summer Show.

The judge was Steve Baldock and here is his report –

I had the pleasure of judging the 2022 Tas Division show which was part of the Annual All Breeds
Show held at the Deloraine Showgrounds on Sunday the 20 th of February.
There were 3 breeders exhibiting goats and 4 exhibiting fleeces.
With only nine fleeces exhibited, there were some lovely soft fleeces with great style and character
with the winning fleece coming from the Hair Type Doe class and was bred by Eian Rayner of Elonera
Stud.
The Reserve Champion Fleece came out of the Young Goat Doe class and was bred by Peter and Vicki
Winley of Ranga Wagga Angoras.
21 goats were exhibited with some good classes in which the placegetters were very close.
The Champion Buck bred by Peter and Vicki Winley was Ranga Wagga Theo, a buck in the 1 year and
under 2 class. He was well grown and had an even fleece from front to back and went on to win
Supreme Exhibit.
The Champion Doe bred by Don and Gaye Ackland was in the 3 years and over class and again I was
impressed with her overall evenness, she was a well grown doe.
Champion Kid was a doe kid bred by Eian Rayner of Elonera Stud. A very well grown doe with a
lovely soft free flowing fleece with great staple definition.

Below are some images From the show. 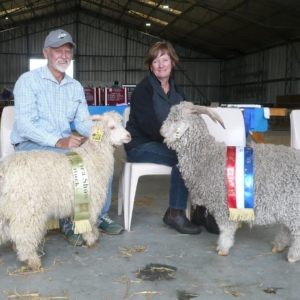 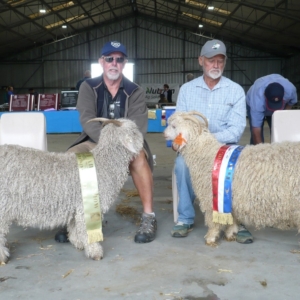 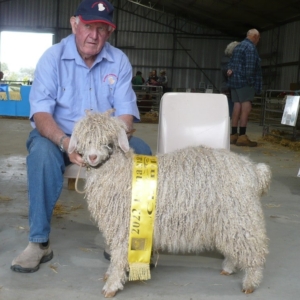 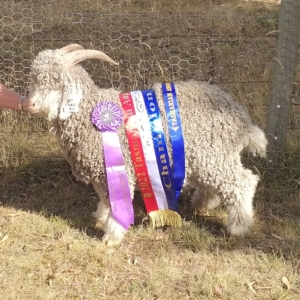